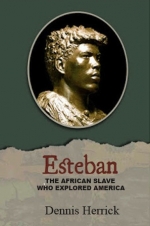 [ Climate Change series #1 ]
Even though climate warming caused the Atlantic Ocean level to rise several feet and flood New York City, people and businesses continued to occupy the skyscrapers. This short story was inspired by an idea from Ellis Herrick

New York City has become a strange but livable water world where the ground cannot be seen. The story is told from the viewpoint of an 8-year-old boy whose guardian and companion is a robot.

SOMETHING TO THINK ABOUT:
“In 100 years our generation may be as poorly regarded as 19th-century racists are today (or worse), due to our failure to tackle climate change, leaving a damaged and possibly ruined planet to future generations.”  -- Brad Marston, physics professor, Brown University